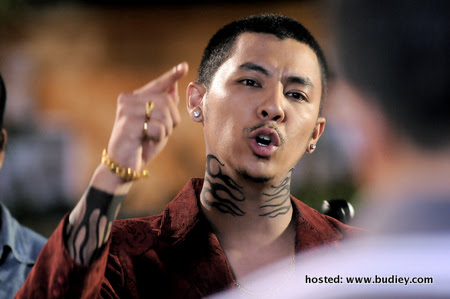 Email ThisBlogThis!Share to TwitterShare to FacebookShare to Pinterest
Labels: Islam vs munafik, Munafik 2

Favourite Movie Of All Time!!!!!


What is Aiman favourite movie????

Anyway, let's talk about which scene is my favourite, saddest, funny and more!!! Let's start of with my favourite scene. My favourite scene is when Vanellope wants Ralph to help her making a race kart. Let me just show you the clip!! Are you ready???


By the way, I choose this scene because  sound effect is awesome and the scene is full of colors, blue, black, baby blue, pink. OK, it's time for the next scene. This scene is going to be funny. Do you guys remember that one scene when Ralph accidentally crash into Sugar Rush. After a few minutes, he realisedthat his medal stuck on top of the candy tree. He tried to get it but....... I need you guys to watch this clip!!!!


The last scene it is the saddest clip in the movie. The saddest scene would probably when Ralph completely destroy Vanellope Kart. King Candy came up to Ralph to give the medal back then,Vanellope realised that he had his medal on his neck. The Ralph decided to......... uhhh so hard to spoil it but just watch this last clip.

Actually, the whole Wreck It Ralph movie was interesting,but those clip that i gave is my favourite type of scene. I choose this video because it gives me so much of knowledge. What I learned from this video is never give up on doing something. As you can see, Ralph has helped Vanellope so many times. He knows what's best for Vanellope. Even Vanllope can't drive at the first time, but with Ralph patient, Ralph decided to guide her how to drive.The last part of the movie,Ralph has risk so much, he rather risk his life to save Vanellope and others. After Ralph had punched the mentos in the lava, he thought that he is finished, but Vanellope came up with her kart and save Ralph.


" DO GOOD AND SOMETHING GOOD COMES TO YOU"

DON'T FORGET TO SHARE MY BLOG TO EVERYONE YOU KNOW. THANK YOU

The Earth May Be Shaking, But Not His Iman!


Alhamdulillah today has been a good day for me. But has it been a good day for my other brothers and sisters out there in other part of the world? In Palestine, in Syria and now in Lombok, Indonesia. Never heard of Lombok. I just googled on Lombok. Let me share with all of you who could be just like me.
LOMBOK IS AN ISLAND IN WEST NUSA TENGGARA PROVINCE, INDONESIA. Today my  mum just told me that Lombok was attacked with an earthquake and has killed many. All tourists made their way out of the island.
I was watching the video that my mum shared with me. The Imam did not stop leading the prayers because no matter what situation we are in, prayers are wajib. The imam continued with the prayers with ayatul kursi, asking Allah swt to forgive him and whoever who are still behind him.
Let us all pray for the safety of everyone on that island.

What is Keke challenge?

Do you guys know what is Keke challenge?  Keke challenge is a viral dance that people jumping out of a moving vehicle and dancing on the road, doesn't sound like a great idea. But  thousands of people around the world dancing to Drake's "In My Feelings" song, it's just another craze to be apart of.
This is a short clip of what is exactly Keke challenge.

It's not just human, cows also do the Keke challenge. Are you kidding me? Here is another short clip.


Hahaha,isn't that funny? The cow doesn't really do the Keke challenge.The cow just having a good time walking alone and suddenly, the person who drive that car decided to do a Keke challenge parody.


Even though its fun and funny but it is dangerous. Politicians are getting into trouble, severe injuries have been suffered and i just heard from my mum that there even a few death due to participants got hit by passing vehicles, and in some countries, you could even be jailed. There is nothing wrong in participating with this challenge, but take safety measures seriously and dress decently.


The advantage to our topic today, you can get famous for example Ranz and Niana, Janna Nick and others. There are some funny footage of Keke challenge. This challenge can increase your ability to dance and have fun and not being fools!!! So dance safe guys!


I almost forgot, so how did it start? Seemingly inspired by Drake's song, American comedian Shiggy a video in June doing the dance. It is getting viral on Instagram,Youtube, Facebook and more.
I think I'll stop here, hope you guys enjoy my information for today.

Sad Video Of The Day

This video shows that some of the Syrian children can't tell who is their God. The first part of the video seems like it is not sad enough,but the ending is very sad. I almost cry after watching this video because of the ending. Some of the children said that Nabi Muhammad S.A.W is the god,some of them answer the correct questions.
I choose this video because it is very heartbreaking. I always heard from the news that Syria is under attack by Israel. I am so awful to them because,they can't have a simple life. I don't want to spoil the video but after I watch the video,they said that they have to hide in one spot in order to survive.
Let's hope that Syria is the most cheerful country. I hope that there is no one going too attack anyone soon. 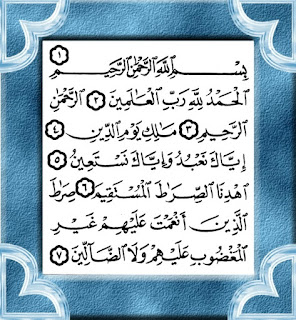